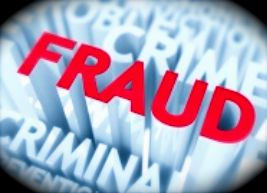 SIOUX CITY – An Iowa woman who defrauded the United States Government was sentenced August 19, 2022, to 4 months in federal prison.

In a plea agreement, Ortega admitted she embezzled and stole from the United States Social Security Administration (SSA) no less than $92,744.51.

Specifically, Ortega concealed her living arrangements with her husband, Hassan Ortega, by providing false statements to the SSA and the Iowa Department of Human Services (DHS). In her statements, Ortega attested that Hassan was not part of her household and that she received no support from him (since November 2010). An investigation conducted by the SSA Office of the Inspector General (OIG) and the Iowa Department of Inspections and Appeals (DIA) revealed evidence that refuted Ortega’s statements and showed Hassan was a member of Ortega’s household since November 2010.

Ortega was sentenced in Sioux City by United States District Court Chief Judge Leonard T. Strand. Ortega was sentenced to 4 months’ imprisonment. She was ordered to pay $115,823.51 in restitution ($92,744.51 to SSA and $23,079 to IDHS). She must also serve a 2-year term of supervised release after the prison term. There is no parole in the federal system.

Ortega was released on the bond previously set and is to surrender to the United States Marshal; Bureau of Prisons on a date yet to be set.