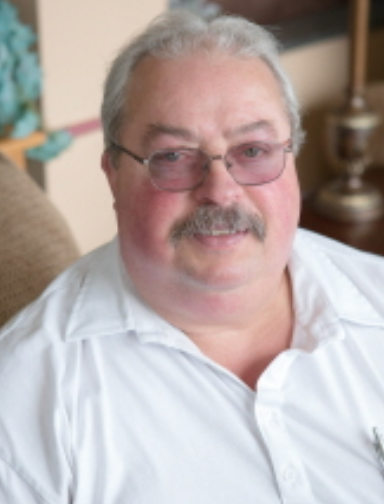 Terry Michael “Mike” Dugan, 68, of Charles City, passed away Sunday, June 19, 2022 with his loving family by his side at the Floyd County Medical Center in Charles City.

A funeral service for Mike Dugan will be held at 10:30 a.m. on Tuesday, June 28, 2022 at Saint John Evangelical Lutheran Church in Charles City with Pastor Russ Leeper officiating. Burial will be at Riverside Cemetery in Charles City.

Visitation will be at Hauser Weishaar Funeral Home from 5:00 to 7:00 p.m. on Monday, June 27, 2022 and will continue one hour before the service at the church on Tuesday.

Mike was born on May 14, 1954, in Charles City to Ray and Dorthy (Schmidtke) Dugan. He attended high school in Charles City. He married Sandra Jeanne Ingersoll in 1976 at Howardville Church, near Floyd. The couple had two daughters, Crystal and Kimmy.

Mike held numerous jobs over the years, including construction, railroad, pouring concrete, and at Salisbury’s Laboratories for 20 years. He opened up the Furniture Barn in Charles City, and for 27 years he owned and managed the establishment, until his retirement in 2021. He worked tirelessly as an entrepreneur and also bought and oversaw multiple rental properties in the area. Mike poured his heart into every task, and was a risk-taker who was willing to take on any project. Often times Mike served as a one-person welcoming committee for the community when someone new moved to town.

Mike was generous and cared deeply about his family and his employees, loved to talk with anyone, and demonstrated by example that a person could be both tough and kind. He often went out of his way to help someone in need.

Mike also loved his Harley-Davidson motorcycle and loved taking day trips with other motorcycle lovers. He also loved camping and fishing with his family, and was always looking for ways to bring the family together. He could never have enough pets, and his daughters have fond memories of trips to Osage and elsewhere to adopt various animals. Over the years, Mike welcomed more than just dogs and cats into his family, but also goats, ponies, calves, rabbits and chickens.

He was preceded in death by his parents, Ray and Dorthy Dugan; his sister, Lona Dugan; his brother, Kenneth Dugan; and his granddaughter, Angel Hinders.