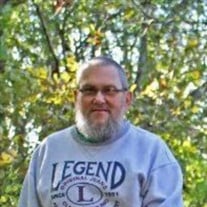 Alan Marken of Clear Lake, IA passed away on May, 23, 2022. There will be a party at a local park in Clear Lake, date to be determined. Al’s body has been sent to the University of Iowa’s College of Medicine for research.

He was the son of AJ and Miriam (Baker) Marken, born in Mason City, IA on February 12, 1950. Alan lived in Hampton, IA in his youth. He married Bonnie Benson on June 22, 1968. Three wonderful children were born: Amy, Angela, and Aaron. In 1983, Alan married Mary Koehler. Then in 1992, Al married Deb Hanna. Two wonderful children were born: McKenzie and Olivia. In 1998, Alan remarried Bonnie Marken and lived happily ever after until she passed away in 2020.

Al went to college at UNI and graduated with a B.A. in Art Education. He taught art for a year in public school and then went to seminary at the Philip’s University Graduate Seminary in Enid, OK for one and one-half years. Al then worked at the Enid State School for the Mentally Retarded as head of the Arts and Crafts Department. Then the family moved back to Iowa, settling in Cedar Falls. Alan worked for a couple of years at Central Church in Waterloo as Minister of Education. In 1978, the Marken’s moved to Clear Lake where they have lived ever since. Al worked at Opportunity Village (OneVision) since 1978. He was involved with activities and vocational areas and later in quality assurance at the Village. The people who live and work at the Village were his friends. Starting in 1997, Al also worked for CARF. In this position, he did surveys of other agencies that deal with persons with disabilities to help them continue high quality services. In 2014, Al retired. He continued to work part-time at OneVision for a while.

As Alan has always said, “have a nice life”.

Remember Alan as he goes on to the next great adventure!!!