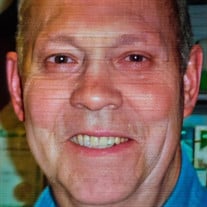 Larry grew up in the Crawford County area and graduated from Odebolt Arthur High School. He and his wife Kathleen had lived in various places, including: Aurelia, Albert City, Breda before finally settling in Rockford where Larry retired. He had worked on the farms and farming became his passion. Later he hauled propane and helped Kathleen run their restaurant.

Larry enjoyed his nutty bar and banana at breakfast time. He was always busy and liked it that way. Work became his life. The most fun he and Kathleen had working was delivering motorhomes. The last delivery they did was Alaska, finishing off every state but Hawaii.

Larry was preceded in death by his parents, Herman and Freda; and his brother James Schwanz.