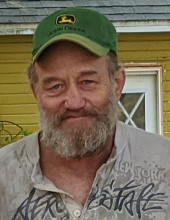 Jeffrey Lynn Schmidt, 60, of Floyd, Iowa passed away peacefully at his home on Saturday, April 2, 2022.

A celebration of life for Jeff (Puff) will be held on Thursday, April 7, 2022 from 1-4 PM at the home of Krystal and Steve Johnson.

Jeffrey Lynn Schmidt, the son of Paul W. and Shirley M. (Lockie) Schmidt was born on September 3, 1961 in Osage, Iowa.

Jeff struck out on his own at a young age. He traveled the United States working odd jobs like a combine operator following the wheat harvest, a farm hand and construction worker. He took great pride in his last job working construction for Tradesman International where he willingly traveled wherever they needed him. At every new town he learned how to survive by being a cook at a small cafe. He could talk to anyone and made friends which helped him find steady work. He was charismatic hard working gypsy hippie. Fishing was the order of the day anytime he found a watering hole. Jeff celebrated his birthday once a year and celebrated April 20th every day of the year.

Jeff had many great stories to tell but the ones he shared the most were about his sibling adventures (near death experiences) growing up or bragging about the best grandchildren in the world.

He was preceded in death by his father, mother, step-father Lee, sister-in-law Roxane and nephew Josh.