Miranda Breeden, age 46 of Monticello, pled guilty to one count of enticement of a minor. At the plea hearing, Breeden admitted that between November 2019 and January 2020, she used a cell phone to entice an individual under the age of 18 years old to engage in an illegal sex act. Breeden admitted that based on the sexual activity that occurred, she could have been charged with sexual abuse in the third degree in Iowa state court.

A criminal complaint filed in August 2020 alleged that Breeden was a mental health therapist for a school in the Cedar Rapids area in the fall of 2019 through at least January 2020. During that time, Breeden counseled a 14-year old male and the two engaged in a sexual relationship. Investigators located multiple Facebook messages between Breeden and the 14-year old, wherein Breeden arranged to meet the child for sex. In December 2019, investigators determined that Breeden went to Theisen’s in Cedar Rapids and purchased a firearm for the 14-year old.

Sentencing before United States District Court Judge C.J. Williams will be set after a presentence report is prepared. Breeden remains in custody of the United States Marshal. Breeden faces a mandatory minimum sentence of 10 years’ imprisonment and a possible maximum sentence of life, a $250,000 fine, and at least 5 years of supervised release following any imprisonment.

The case is being prosecuted by Assistant United States Attorneys Elizabeth Dupuich and Ashley Corkery and was investigated by the Cedar Rapids Police Department, the Linn County Sheriff’s Office, the Federal Bureau of Investigation’s Safe Streets Unit, and the Bureau of Alcohol, Tobacco, Firearms & Explosives. 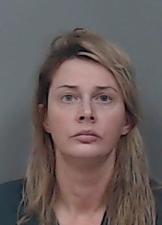