CEDAR RAPIDS – A Decorah man who unlawfully possessed a gun while a drug user was sentenced to 46 months in prison.

Lester Wallace Erickson, III, age 30, from Decorah, Iowa, received the prison sentence after a December 21, 2020, guilty plea to possession of a firearm by a prohibited person.

Information disclosed at sentencing and in his plea agreement showed that in October 2019 police officers responded to a storage unit in Ridgeway, Iowa. They found Erickson passed out in a vehicle. He had recently used heroin and fentanyl and overdosed. Erickson was treated for the overdose. Officers searched the vehicle and found a gun in a nearby bag. Erickson had stolen the gun a few days prior from a friend. He intended to pawn the gun. In 2018, Erickson was convicted of a felony-controlled substance offense. Erickson has twelve adult criminal convictions, nine of which were committed while he was on court supervision. Erickson also has one conviction for a violent offense.

Erickson was sentenced in Cedar Rapids by United States District Court Judge C.J. Williams. Erickson was sentenced to 46 months’ imprisonment. He was ordered to make payment of $100 to the special assessment fund. He must also serve a three-year term of supervised release after the prison term. There is no parole in the federal system. 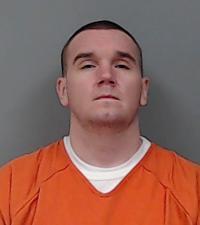