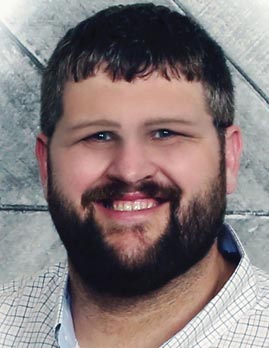 Wade was born in Dubuque, Iowa, on April 24, 1985, to the parents of Troy and Deanna Machin (Power). He graduated from Osage High School in 2003, and he worked sixteen years at RR Donnelley.

He married the love of his life, Jessica Steinberg, on September 5, 2010, and together they were blessed with four beautiful girls: Evelyn, Ella, Eva, and Elyse.

When he wasn’t spending time with his family, Wade was an avid outdoorsman, enjoying hunting alongside his pup, Edna, fishing, and farming. Wade was a loving, tender-hearted, hardworking man and father, with a fierce love for his wife and children.

He is preceded in death by his grandpa, Raymond Power, and grandma, Bev Larson, and great-grandparents, Ruth Wolff, Katie Arickx, and Harold and Joan Machin.

Wade’s memory will live on in the many lives of the those he touched. His laugh and smile enriched the lives of those around him and will be deeply missed.