WASHINGTON, D.C. – There were mobs sent to the American Capitol on January 6, many say by his boss, Donald Trump, but Vice President Mike Pence is refusing to invoke the 25th Amendment and have the President removed form office before someone else gets hurt or killed.

House Speaker Nancy Pelosi delivered an ultimatum to the Vice President, demanding he invoke the 25th Amendment and have Donald Trump removed form office in the wake of the violent, deadly attacks on the Capitol on January 6. Some in the mob reportedly wanted to hang Pence himself, and a gallows was erected outside. Swarms of frothy-mouthed Trump hordes converged on the capitol and beat those who opposed them; several people died. Lawmakers cowered in the halls of Congress like frightened children staying up late to watch a Freddy Krueger movie. Covid-laced droplets danced int he air, breathed in by lawmakers; many have become ill with the deadly disease. Investigators are reportedly still rounding up the seditionists and traitors who took part and some say a much larger conspiracy is unwinding and more violence may be on the way. Still, Pence will not rescue the nation from his master… 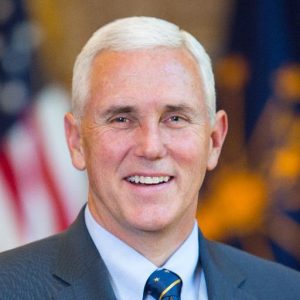 Every American was shocked and saddened by the attack on our Nation’s Capitol last week, and I am grateful for the leadership that you and other congressional leaders provided in reconvening Congress to complete the people’s business on the very same day. It was a moment that demonstrated to the American people the unity that is still possible in Congress when it is needed most.

But now, with just eight days left in the President’s term, you and the Democratic Caucus are demanding that the Cabinet and I invoke the 25th Amendment. I do not believe that such a course of action is in the best interest of our Nation or consistent with our Constitution. Last week, I did not yield to pressure to exert power beyond my constitutional authority to determine the outcome of the election, and I will not now yield to efforts in the House of Representatives to play political games at a time so serious in the life of our Nation.

As you know full well, the 25th Amendment was designed to address Presidential incapacity or disability. Just a few months ago, when you introduced legislation to create a 25th Amendment Commission, you said, “[a] President’s fitness for office must be determined by science and facts.” You said then that we must be “[v]ery respectful of not making a judgment on the basis of a comment or behavior that we don’t like, but based on a medical decision.” Madam Speaker, you were right. Under our Constitution, the 25th Amendment is not a means of punishment or usurpation. Invoking the 25th Amendment in such a manner would set a terrible precedent.

After the horrific events of this last week, our Administration’s energy is directed to ensuring an orderly transition. The Bible says that “for everything there is a season, and a time for every purpose under heaven…a time to heal, … and a time to build up.” That time is now. In the midst of a global pandemic, economic hardship for millions of Americans, and the tragic events of January 6th, now is the time for us to come together, now is the time to heal.

I urge you and every member of Congress to avoid actions that would further divide and inflame the passions of the moment. Work with us to lower the temperature and unite our country as we prepare to inaugurate President-elect Joe Biden as the next President of the United States. I pledge to you that I will continue to do my part to work in good faith with the incoming administration to ensure an orderly transition of power. So help me God. 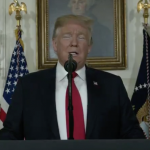 Reportedly, on January 6 as Pence was whisked out of the Capitol to safety as a noose swung from a gallows outside and armed MAGAs invaded, Trump was glued to TV sets watching and allegedly tweeted, “Mike Pence didn’t have the courage to do what should have been done to protect our Country and our Constitution, giving States a chance to certify a corrected set of facts, not the fraudulent or inaccurate ones which they were asked to previously certify. USA demands the truth!”