On October 23, 2020, at approximately 4:25 PM, the Fayette County Sheriff’s Office took a driving complaint on a vehicle southbound on K Avenue traveling at high rates of speed, driving in the middle of the road, and forcing oncoming traffic off the roadway. Law enforcement was able to stop the vehicle in the 600 Block of E Charles St. in Oelwein, Iowa. After an investigation, it was found that the driver, 30-year-old Cody Mason Skidmore of Oelwein had an arrest warrant through Allamakee County. Skidmore was taken into custody on the arrest warrant and additionally charged with Driving While License Suspended and Reckless Driving, both Simple Misdemeanors. Skidmore was taken into custody and transported to Fayette County jail, where he was held until initial appearance.

On the same evening, a search warrant was executed on Skidmore’s 2011 BMW 535I. Upon execution of the warrant, illegal substances including Heroin and Methamphetamine were found in the vehicle. Paraphernalia, pills, and drug testing kits were also found and seized. Skidmore was additionally charged with 2 counts of Possession of a Controlled Substance D Felonies, Unlawful Possession of Prescription Drug, Serious Misdemeanor, and Possession of Drug Paraphernalia, a Simple Misdemeanor. Operating While Intoxicating/Drugged charges are pending at this time. 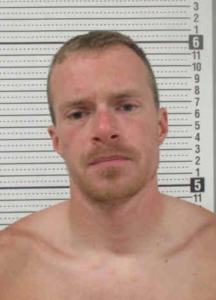