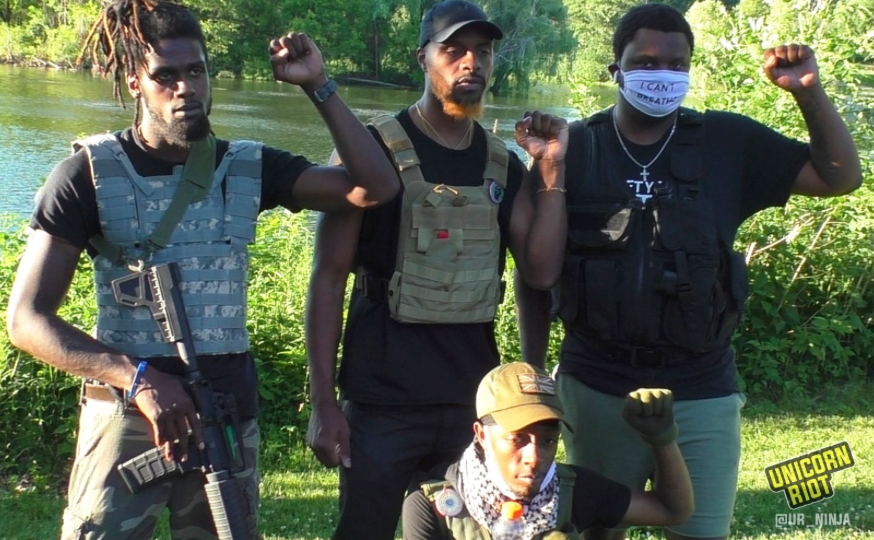 MINNEAPOLIS – The Minneapolis NAACP has helped form the armed “Freedom Riders” to patrol streets as an alternative to police.

“Our community is under attack by outside instigators and community members want to know what they can do to protect it,” the Minneapolis NAACP posted to social media. “We are setting up the Minnesota Freedom Riders to protect our community. We are creating a network of people who will disseminate information through relational organizing (an information tree), support on the ground protestors through giving rides from the protests, giving first-aid help, and protect Black heritage sites from destruction.”

Unicorn Riot, an alternative news outlet, reported today, July 12, that “An armed security force, the MN Freedom Fighters, are now a regular sight providing security at protests and patrolling Broadway Avenue.  It started via a call out for a community patrol group for the Northside from Minneapolis NAACP…”

Many have called for the de-funding of police or their outright banishment.  This has been a call in large metro areas across the United States.  Meanwhile, there are many Americans who fervently stand by law enforcement and applaud the way they do their jobs and so no or few changes are needed.  Still others feel police departments should be re-formed and police unions banished or diminished.