Janell Amy Drumheller, age 46, was arrested following a collision at 6th Street and South Polk Place at 1:43 AM on November 20, 2019. According to a Mason City police spokesman, Drumheller hit a parked vehicle and reported the collision to dispatch. There were no injuries. Based on the observations by officers at the scene, they began an investigation for operating while intoxicated. Based on that investigation, Drumheller was arrested for felony OWI 3rd Offense. She was also charged with failure to maintain control for the crash.

Drumheller was transported to the Cerro Gordo County Jail for processing and booking. She was soon released with supervision.

Drumheller is listed as a teacher for the Mason City Alternative School. She served time in jail in 2011 for second offense operating while intoxicated. 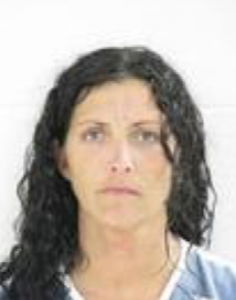 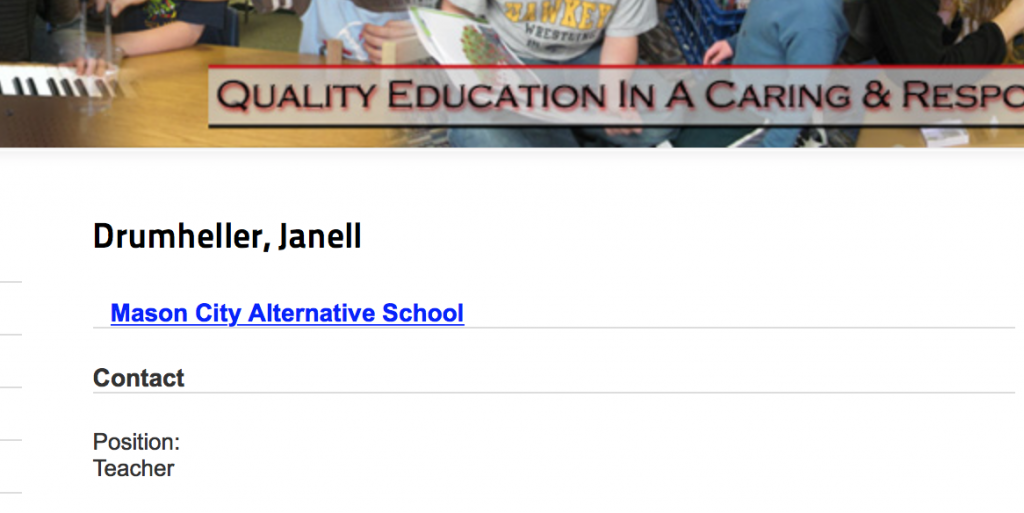