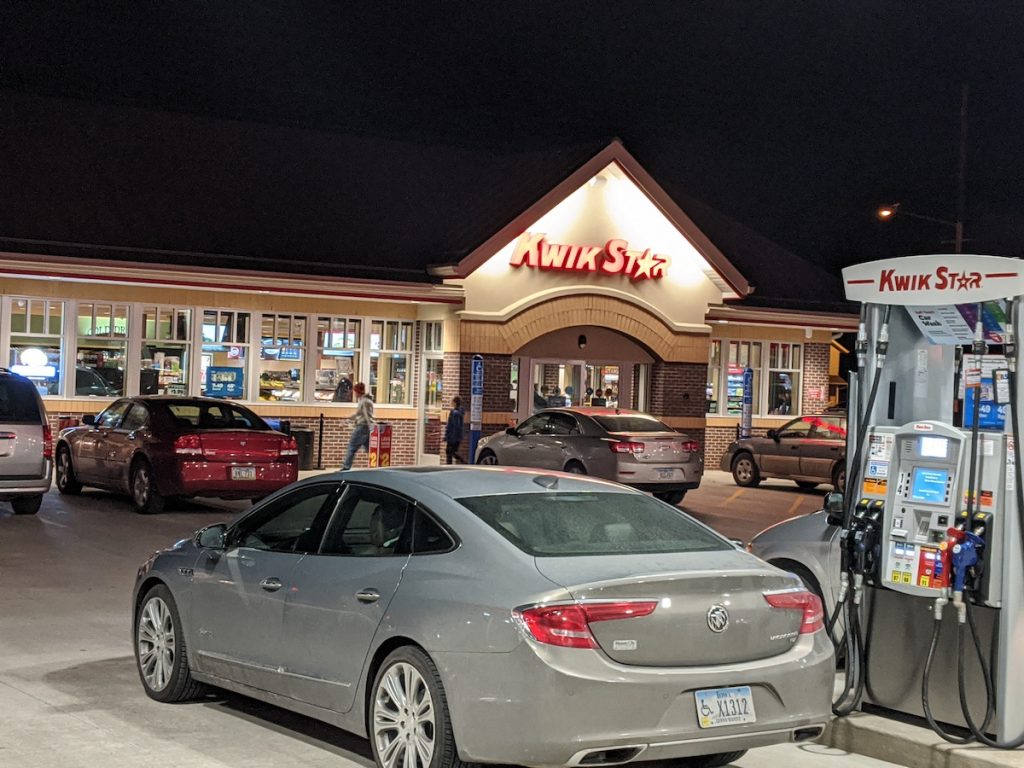 The long-awaited Kwik Star convenience store, located at 1502 South Federal Avenue, opened its doors promptly at 5 AM.  Enthusiastic workers served a strong, steady stream of patrons throughout the day. Most of the many gas pumps stayed in use, and there appeared to be a lot of car washes purchased.  Inside the store, which offers a big array of prepared hot and cold foods and grocery items, was nearly packed with shoppers. An older couple sat down at a small counter with stools to enjoy hot dogs around 6 PM.

Construction began on the store on the evening of July 8, 2019. It replaced the old Wooze’s Car Wash, which was demolished after it became an eyesore.