ESTHERVILLE, IOWA – An Iowa man banned from a college campus fled from cops but was caught in a cornfield after he was spotted knocking on dorm room doors.

On September 22, 2019 at 3:06 a.m. Estherville Police were dispatched to the area of Pizza Hut regarding an intoxicated male. Upon arrival, Estherville Police met with a group of individuals who advised that the male was knocking on room doors at Iowa Lakes Community College Laker 2 dorms. When the male observed Police he took off running into an adjacent corn field. After a short foot chase, Estherville Police located the male. The male was identified as 19-year-old Koby Hanson of Manson, Iowa.

Upon further investigation, Estherville Police determined that Hanson had previously been banned from Iowa Lakes Community College Property. Hanson was placed under arrest and charged with Public Intoxication, Interference with Official Acts, Disorderly Conduct, and Trespassing. Hanson was transported to the Emmet County Jail. Hanson appeared in front of a Magistrate the next day and was released on a $1400 unsecured bond. 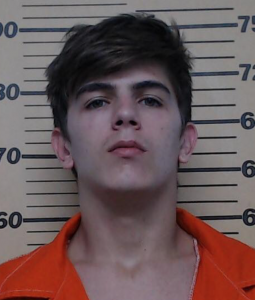 One Response to Iowa man banned from college campus flees cops, is caught in cornfield