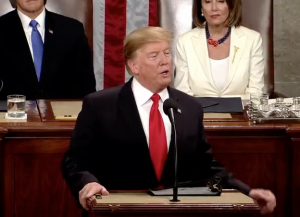 WASHINGTON – Sen. Chuck Grassley, president pro tempore of the U.S. Senate, today released the following statement regarding the release of a White House transcript of a call between the presidents of the United States and Ukraine, which took place not long after Trump ordered military aid to Ukraine frozen.

“Speaker Pelosi announced an impeachment inquiry even before seeing the call transcript or hearing from the alleged whistleblower or the director of national intelligence. That says all anyone needs to know about the legitimacy of the Democrats’ impeachment inquiry: impeach now, facts later.

“I’ve read the transcript in its entirety. It shows that there was no quid pro quo. The Ukrainian President admitted problems with corruption in the country and agreed that the issue at hand warranted looking into further.

“The firing of a prosecutor looking into former Vice President Joe Biden’s son following pressure from Mr. Biden himself is worthy of investigation. That a president who ran on an anti-corruption platform would look into this matter is unsurprising and is in both the U.S. and Ukrainian national interest.

“For years, Democrats have decried foreign interference in U.S. elections. But this seems to be a one-way street. Democrats are wholly uninterested in looking into past Ukrainian efforts to help former Vice President Biden, as well as the Democratic National Committee and the Hillary Clinton campaign, which reportedly used Ukraine to undermine the Trump campaign. That’s not how the rule of law works.

“National media attention to only one side of this issue is disappointing even if unsurprising. The Obama administration used the Department of Justice and its intelligence agencies to investigate a political opponent in then-candidate Trump while using foreign government sources to further the investigation. But it’s supposedly unacceptable for the Trump administration to encourage a foreign nation to look into a matter that it was prevented from fully investigating by the previous administration with clear conflicts of interest. That’s not a standard that makes any sense.”

“Democrats’ cries for impeachment grow stronger by the day, but their case for impeachment grows weaker. Democrats should instead focus on the issues Americans care about, such as lowering prescription drug prices, rebuilding our infrastructure and passing the USMCA.”