STANHOPE, IOWA – A Clarion man was arrested for attempted burglary and drunk driving after a hit-and-run accident.

The incident took place on august 1, when at 12:04 PM, Hamilton county deputies investigated a hit and run that occurred at Iowa Street and School Street in Stanhope. The vehicle in question was located in the 1600 block of 370th Street. Jeremy Soesbe, age 37 of Clarion, was arrested for OWI 1st offense, driving while license revoked, driving while license suspended, reckless driving, leaving the scene of an accident, operating a non registered vehicle, failure to maintain control, attempted burglary 3rd degree, possession of burglar tools, possession of drug paraphernalia, and possession of a controlled substance. 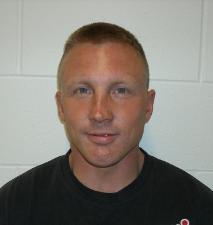