Troy French, age 29, from Cedar Rapids, was convicted of one count of possession of child pornography. At the plea hearing, French admitted that, between 2012 and 2017, he knowingly possessed child pornography, including one or more depictions of prepubescent children.

Sentencing before United States District Court Judge C.J. Williams will be set after a presentence report is prepared. French was taken into custody by the United States Marshal after the guilty plea and will remain in custody pending sentencing. French faces a possible maximum sentence of 20 years’ imprisonment, a $250,000 fine, $5,100 in special assessments, and supervised release for 5 years to life following any imprisonment.

This case is being prosecuted by Assistant United States Attorney Mark Tremmel and was investigated by the Federal Bureau of Investigation. 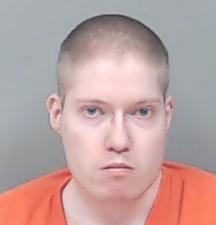