This news story was published on April 30, 2019.
Advertise on NIT • Subscribe to NIT 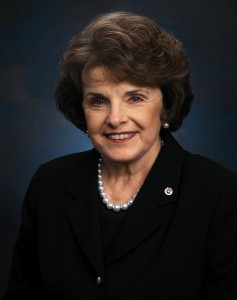 WASHINGTON, D.C. — In the wake of a deadly synagogue shooting in Poway, Calif., Democratic U.S. Senator Dianne Feinstein on Monday announced her intention to reintroduce a bill to raise the minimum age to purchase assault weapons and high-capacity ammunition magazines from 18 to 21.

“If you’re too young to purchase a handgun, you shouldn’t be able to buy an assault rifle,” Senator Feinstein said. “It’s common sense to prevent the sale of deadly assault weapons to individuals who aren’t even allowed to buy a beer. This isn’t a fix-all bill, but it closes a gaping loophole in federal gun safety laws, and I hope the Senate will act on it swiftly.”

The legislation, which Senator Feinstein introduced with Senator Jeff Flake (R-Ariz.) last year, creates parity in federal firearms law by prohibiting the sale of assault weapons to individuals under 21.