This news story was published on April 30, 2019.
Advertise on NIT • Subscribe to NIT

MASON CITY – A wanted Mason City man was caught after his female driver refused to stop for police.

On April 29, 2019 at about 6:44 PM, Mason City Police tried to stop a vehicle around the intersection of 12th Street and North Federal. The vehicle was owned and driven by Jennifer Hansen, age 49 of Mason City, Iowa. Officers recognized the passenger as Harold Stinnett Jr., age 29 of Mason City, Iowa. Stinnett had several valid warrants for his arrest in Cerro Gordo County. Hansen failed to stop her vehicle and continued driving to the 100 block of 7th Street Northwest where she stopped in an alley. Stinnett ran from the vehicle and was caught a block away.

Stinnett Jr. was charged with interference with official acts, 3rd offense possession of controlled substance and the warrants. Stinnett Jr. was transported and held at the Cerro Gordo County Jail. 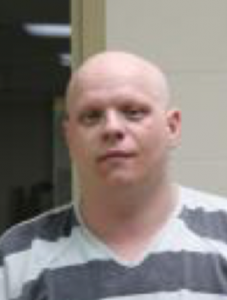