This news story was published on April 26, 2019.
Advertise on NIT • Subscribe to NIT

WADENA, IOWA – After a two month long investigation, law enforcement in the Northern Iowa region conducted a search warrant for a possible sexual exploitation of a minor case.

The Fayette county sheriff’s office was assisted by the Department of Public Safety Internet Crimes Against Children Task force (ICAC). During the investigation it was discovered that 36-year-old Shawn Elliot Kuhse of Wadena, Iowa was in possession of images that sexually exploited minors. The search warrant was executed on April 24, 2019 and evidence was collected that will be taken to an ICAC computer forensic examiner. Kuhse was arrested and taken to the Fayette County Jail and charged with Sexual exploitation of a minor, a class “D” felony and possession of drug paraphernalia a simple misdemeanor. The Department of Human Services (DHS) was also called in to assist with the investigation.

This is an ongoing investigation and more charges could be filed at a later date. If convicted Kuhse could face over five years in prison and have to be placed on the sex offender registry. 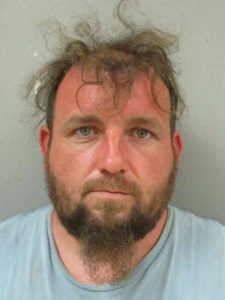