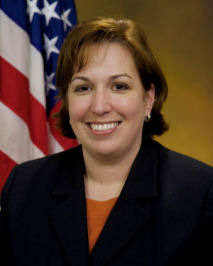 COUNCIL BLUFFS – On May 11, 2018, United States District Court Judge Stephanie M. Rose, a 1991 Mason City High School graduate, sentenced Michael Collins, age 49, of McClelland, Iowa to one year and one day of imprisonment for tax evasion, announced United States Attorney Marc Krickbaum. Collins was ordered to pay restitution to the Internal Revenue Service (IRS) in the amount of $70,274.14 and pay a fine of $34,770. Collins will serve a three year term of supervised release following his prison term.

Collins pleaded guilty to tax evasion on December 21, 2017. According to documents and information provided to the Court, Collins was part-owner of a real-estate development firm that earned significant income in 2006. As a result of his ownership in the company, Collins received approximately $289,000 in income that year, but did not report it on his individual income tax return. In 2008, the IRS contacted Collins regarding the unreported income and Collins filed an amended return reporting the income and reflecting a tax due of more than $100,000. However, Collins did not pay the tax liability.

From 2006 through the present, Collins also operated an excavating and trucking company that generated more than $5.5 million in gross receipts. To evade payment of his outstanding tax liability, Collins registered the business as well as its bank accounts in the name of nominees, used nominee entities to conceal over $5 million in gross receipts from the business, filed fraudulent corporate tax returns that listed nominees as the owners of the business and paid his personal expenses using the business’ unreported income. Collins also filed fraudulent documents with the IRS claiming to have no gross business receipts for the company and falsely told IRS employees that his only source of income was unemployment benefits. He admitted to causing a tax loss of more than $250,000.

This case was prosecuted by Department of Justice, Tax Division Trial Attorneys Matthew Hoffman and Lee Langston and was investigated by Special Agents of Internal Revenue Service Criminal Investigation.