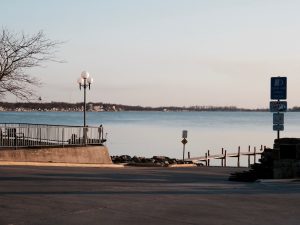 At approximately 1:10 PM Saturday, February 11, the Clear Lake Police Department received numerous reports of a airplane down on Clear Lake and notified the Cerro Gordo County Sheriffs Office. A Deputy was dispatched. Iowa DNR Officers were on scene almost immediately and spoke with the pilot. Prior to the deputy arriving on scene, the situation was handled. The plane has since returned to the airport.

Later, the sheriff’s office reported that the airplane “broke a strut. Made repairs and then took off returning to the airport.”

No further information was immediately available.