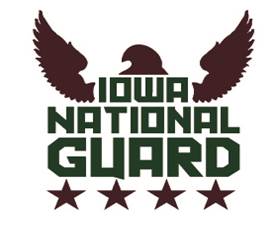 DES MOINES – As a result of the federal government shutdown due to the expiration of the Continuing Resolution at midnight on January 19, the following actions were directed by the Department of Defense and immediately executed by the Iowa National Guard:

-More than 900 full-time employees of the Iowa National Guard were furloughed starting Jan. 20 and will remain furloughed until the shutdown is resolved. Furloughed employees will not receive pay for the duration of the furlough, may not be in a paid leave status, but will retain and accrue benefits. Approximately 1,000 full-time employees remain on duty, including Active Guard and Reserve military personnel, who will continue to work in an unpaid status until a Continuing Resolution is passed, and State of Iowa civilian employees, who will be compensated per their regular pay schedule.

-Drill was cancelled for approximately 400 Iowa National Guard personnel scheduled for training Jan. 20- 21. An additional 700 personnel were allowed to complete training Jan. 20-21 due to interpretation of federal law. Rescheduling of all cancelled training assemblies will be announced at a later date after the shutdown has ended.

-At this time, the Iowa National Guard is authorized to expend funds only for “excepted” activities, like deployment or re-deployment of Soldiers and/or Airmen, recruiting, safety, or protection of life or government property. All other activities are classified by the Department of Defense as “non-excepted” and will not be funded until the shutdown ends.

-By direction of the Department of Defense, all military community outreach efforts must be immediately curtailed until the conclusion of the government shutdown, which includes all tours of Iowa National Guard facilities, performances by the 34th Army Band, demonstrations, color guards, static displays of military equipment, speaking engagements, etc…Funeral honors will continue for eligible veterans.