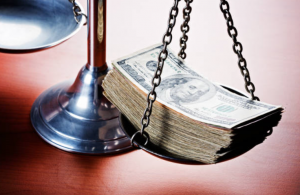 Jenna Danielle Wilson, 31, from Sergeant Bluff, Iowa, received the sentence after an August 7, 2017, guilty plea to making false statements in connection with a highway project.

At her guilty plea, Wilson admitted that between January 28, 2016, and July 28, 2016, she knowingly made false representations, false reports, and false claims with respect to the cost of work performed or to be performed or materials furnished or to be furnished in connection with the construction of a highway or related project approved by the Secretary of Transportation. Wilson, while Vice-President of K&L Inc., also doing business as Circle A Construction Inc., submitted falsified Expanded Polystyrene Fill (EPS) invoices to general contractor, Godbersen-Smith Co., and ultimately, the Iowa Department of Transportation for stockpiled materials on the I-29 Sioux Interchange Project. In all, Wilson fraudulently increased the amounts on the Benchmark invoices by $807,637.10. Because the invoices were paid when they were submitted, the fraudulently inflated invoices, in effect, amounted to Wilson wrongfully writing K&L a no-interest loan, in an attempt to remedy K&L’s cash-flow problems. Wilson saved K&L, through her fraudulent actions, approximately $34,000.

Wilson was sentenced in Sioux City by United States District Court Chief Judge Leonard T. Strand. Wilson was fined $34,432.02. A special assessment of $100 was imposed. She must also serve a two-year term of supervised release.

The case was investigated by the U.S. Department of Transportation.