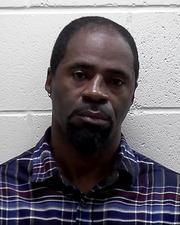 A Cerro Gordo county deputy conducted a traffic stop on December 24, 2017 at about 12:39 AM near 12th Street NW and Jefferson Avenue in Mason City. The vehicle was stopped due to a traffic violation and an equipment violation. As a result of the stop and investigation, the driver was found to be intoxicated.

Taken to jail was 48-year-old Leon Johnathan Walker of Mason City on a charge of felony third-offense operating while intoxicated. He faces a January 4 court date.