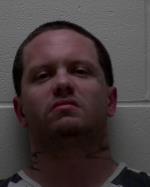 MASON CITY – A traffic stop Thursday night in Mason City led a hotel raid and then to drug and weapon arrests.

On October 19, 2017, Deputies with the Cerro Gordo County Sheriffs Office, along
with assistance from other agencies, conducted a narcotics investigation in Mason City. During the investigation, two separate traffic stops were made at the intersection of 4th Street SW and South Pierce Avenue and a search warrant was executed. During the first stop, at about 9:41pm, Eric Thomas Hart, 28, of Mason City was arrested for no driver’s license (simple misdemeanor), possession with intent to deliver methamphetamine over 5 grams (class B felony), possession of
drug paraphernalia (simple misdemeanor), and fail to affix a tax stamp (class D felony).

The second traffic stop in the investigation occurred at about 10:16pm. The driver of the vehicle, Dakota Lee Sanders, 30, of San Andreas, California, was arrested and charged with possession with intent to deliver methamphatamine over 5 grams (class B felony), possession with intent to deliver marijuana (class D Felony), 2 counts of fail to affix a tax stamp (2 class D Felonies), and no driver’s license.

All three subjects were transported to the Cerro Gordo County jail and are being held without bond until seen by a Magistrate Judge. As a result of the investigation, multiple pounds of suspected methamphetamine and marijuana were located, along with one firearm.

The case is ongoing and further charges or arrests are possible.