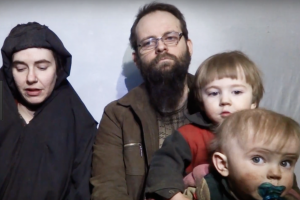 WASHINGTON, D.C. – President Donald J. Trump announced this morning that an American family held hostage in Pakistan has been freed.

Statement from President Donald J. Trump on Recovering the Boyle-Coleman Family from Captivity in Pakistan:

In 2012, Caitlan Coleman, an American citizen, and her husband, Joshua Boyle, a Canadian citizen, were taken captive and held hostage by the Haqqani network, a terrorist organization with ties to the Taliban. Ms. Coleman gave birth to the couple’s three children while they were in captivity. Yesterday, the United States government, working in conjunction with the Government of Pakistan, secured the release of the Boyle-Coleman family from captivity in Pakistan.

Today they are free. This is a positive moment for our country’s relationship with Pakistan. The Pakistani government’s cooperation is a sign that it is honoring America’s wishes for it to do more to provide security in the region. We hope to see this type of cooperation and teamwork in helping secure the release of remaining hostages and in our future joint counterterrorism operations. 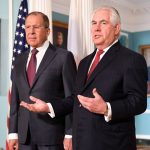 The United States Government, working in conjunction with the Government of Pakistan, has secured the release of the Boyle-Coleman family from captivity in Pakistan.

In 2012, U.S. citizen Caitlan Coleman and Canadian citizen Joshua Boyle were taken hostage by the Haqqani network. Their three children were subsequently born in captivity. Today they are safe and secure.

I applaud the innumerable lines of effort from across the U.S. Government. I’m particularly proud of Ambassador Hale and his Mission Islamabad team for their engagement with Pakistan. These efforts reflect the best of what America can accomplish.

The United States also expresses our deep gratitude to the Government of Pakistan and the Pakistani Army for their cooperation. President Trump’s new South Asia strategy recognizes the important role Pakistan needs to play to bring stability and ultimately peace to the region. The United States is hopeful that Pakistan’s actions will further a U.S.-Pakistan relationship marked by growing commitments to counterterrorism operations and stronger ties in all other respects.

16 Responses to American family freed from captivity in Pakistan