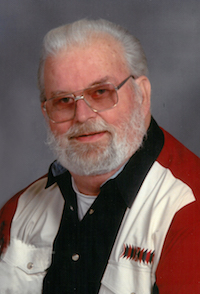 A funeral Mass for Buzz Hendrickson will be held 10:30 a.m. Wednesday, August 9, 2017 at Immaculate Conception Catholic Church in Charles City with Reverend Gary Mayer celebrating the Mass. Burial will be at Calvary Cemetery in Charles City.
Visitation will be at Hauser Funeral Home from 5:00 to 7:00 p.m. Tuesday, August 8, 2017 and will continue one hour prior to the funeral Mass at the church on Wednesday.

Boyd Arthur “Buzz” Hendrickson, the son of Iliff and Ida Mae (Holt) Hendrickson, was born August 1, 1936 in Lombard, Illinois. Buzz was known as a strong, dedicated and fun-loving man who loved his family deeply. On November 26, 1960, Buzz was united in marriage to Ila Christianson at St. Stephen’s Catholic Church in Chester, Iowa and to this union three children were born: Mike, Wade and Lynn. They made their home in Plainfield, Iowa until moving to Charles City in 1971.

While living in Plainfield, Buzz worked for the Butler-Bremer Telephone Company as a lineman. He was also a proud member of the Plainfield Volunteer Fire Department. In 1965, he started an illustrious career as a bass guitar player and vocalist with “The Westerners”, eventually leading to playing with the “Country Blue Boys”, “Sugarland Express” and others bands for over 35 years (only having to stop after losing fingers on his bass playing hand in a lawn mower accident).

Buzz worked at Oliver/White Farm for a couple years before moving his family to Charles City over Christmas Vacation in 1971. He continued working there for over 30 years until its closing in 1993. During that time he was a proud member of the Local U.A.W. 1315 serving as Vice President for several years, Shop Chairman along with other offices.

Buzz spent the last 20 years of his life driving the van for the Foster Grandparents Program in Charles City. Everyone the family has spoken with says he was always making people laugh and up for all of their shenanigans.

Buzz was a member of Immaculate Conception Catholic Church, Waterloo Federation of Musicians Local 334, Loyal Order of the Moose, Custom Antique and Rod Association and Plymouth Owners Club, Inc. He enjoyed antique car shows, movies, getting up and singing with “Endless Summer” and spending time with his family. Buzz especially loved spending time with his grandchildren.

He was preceded in death by his father, Iliff Hendrickson; mother, Ida Mae Hendrickson Baker; and older brother, J.R. Hendrickson.

In lieu of flowers the family requests that donations be made to the Foster Grandparent Program in Charles City.