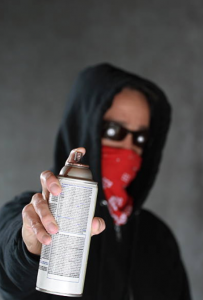 Oelwein police investigated several criminal mischief complaints on July 21, 2017 at 10:33 PM. The police department had received reports of numerous buildings that had been vandalized with spray paint. Contact was made with a number of the business owners to advise them of the damage. During the course of the investigation, officers were able to determine that the criminal acts were committed by three juvenile females ages 11, 12 and 13.

All three suspects have been referred to juvenile court services for fourth-degree criminal mischief, a serious misdemeanor.