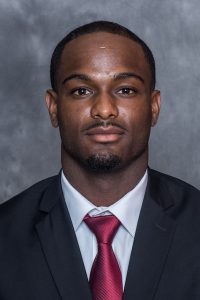 Established in 1986, the Paycom Jim Thorpe Award is given annually to the nation’s best defensive back in college football and in honor of one of the greatest athletes in United States history.

Cotton-Moya is one of ISU’s leaders on defense, earning Second-Team All-Big 12 honors in 2016 after leading the team in solo tackles (58), ranking sixth in the Big 12 and 12th nationally.

A native of Bakersfield, Calif., Cotton-Moya led the team with three takeaways and tied for the team lead with two interceptions. He was named Big 12 Defensive Player of the Week vs. Texas Tech after recording six tackles, a forced fumble, a fumble recovery and a 48-yard interception return for a TD, ISU’s first defensive TD in over two years.

Cotton-Moya has 27 career starts and is ISU’s active leader in tackles with 190.