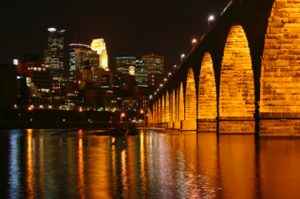 ST. PAUL — The Minnesota Department of Public Safety Bureau of Criminal Apprehension (BCA) continues to investigate an officer involved shooting incident that happened late Saturday night in Minneapolis. The investigation is being conducted at the request of the Minneapolis Police Department.

Two Minneapolis police officers responded to a 911 call of a possible assault just north of the 5100 block of Washburn Avenue South just before 11:30 p.m. Saturday. At one point an officer fired their weapon, fatally striking a woman, Justine Ruszczyk, age 40, who reportedly had reported the crime to police.

BCA crime scene personnel located no weapons at the scene. The BCA continues to examine evidence to determine the facts that led to the shooting incident.

The BCA will provide additional details of the incident once initial interviews with the officers are complete. Those interviews have been requested by BCA agents. The officers are working with their attorneys to schedule them. Both officers are on standard administrative leave.

The Hennepin County Medical Examiner’s Office has conducted an autopsy on the deceased woman and will formally release the woman’s identity and the cause and manner of death once all family notifications are completed.

As previously reported, the officers’ body cameras were not turned on at the time of the incident and the squad camera did not capture the incident. The BCA’s investigation does not determine whether a law enforcement agency policy was violated. That would be reviewed through the agency’s internal affairs process.

The BCA conducts officer involved shooting investigations the same way it does all investigations. BCA agents interview witnesses and the people involved in the incident; collect, analyze and review evidence; and conduct follow-up interviews as needed to ultimately find all of the facts of a case.

The agency involved in the incident has no input regarding the investigative direction of the case. As an independent fact finder, the BCA does not decide or determine the outcome of a case. As it does in all investigations, the BCA will present its findings without recommendations to a county attorney for review.

Minneapolis Police Chief Janeé Harteau said in a statement that “I want to acknowledge the pain and frustration that family and community members have following the fatal officer involved shooting on Saturday night. This is clearly a tragic death. I also want to assure you that I understand why so many people have so many questions at this point. I have many of the same questions and it is why we immediately asked for an external and independent investigation into the officer-involved shooting death. I’ve asked for the investigation to be expedited to provide transparency and to answer as many questions as quickly as we can.”