FORT DODGE – A Humboldt, Iowa man has been sent to prison for up to 10 years for burglarizing a residence.

David Paul Sousa, 40, of Humboldt, appeared in Webster County District Court on July 10, 2017, for sentencing. He previously entered a guilty plea to Burglary in the Second Degree, a class “C” felony.

The charges stemmed from an incident in January of 2017. During the guilty plea hearing, the defendant admitted that he entered a Webster County residence with the intent to commit a theft. He further admitted that as he was burglarizing the home, the owners returned and discovered him inside the house.

The State, represented by Assistant Webster County Attorney Brad McIntyre, recommended that Sousa be sentenced to prison on the charge, both for the protection of the community and also to send a message of deterrence to others who might consider such actions. The defendant, through his attorney, Joe McCarville, argued that the prison sentence be suspended and that he receive community based treatment at the residential correctional facility.

When imposing the sentence, Honorable Judge Thomas Bice agreed with the recommendation of Assistant Webster County Attorney Brad McIntyre and stated that Sousa’s conduct presented an unreasonable threat to the safety of our community, and that this type of behavior will not be tolerated. Judge Bice went on to state that based on the facts of the case and defendant’s prior burglary conviction, prison was appropriate. Judge Bice stated, “Incarceration is the only way to protect the citizens of Webster County from your repeated criminal behavior while attempting to get you the rehabilitation and positive treatment you need.” In imposing the prison sentence, Judge Bice also cited the defendant’s criminal history, his history of drug abuse, and rehabilitative programming that the prison system will provide.

Judge Bice imposed the maximum term of incarceration allowed by law; 10 years. At the conclusion of the hearing, Judge Bice ordered that Sousa remain in the custody of the Webster County Sheriff for transport to the Iowa Medical and Classification Center at Oakdale, Iowa, to serve his prison sentence. 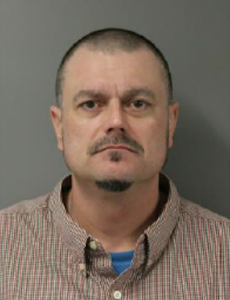