MASON CITY – An illegal driver had meth in her possession, police discovered during a routine traffic stop.

Lisa Irene Schaer, age 46 of Mason City, was stopped at 10:15 PM at Georgia Avenue and 2nd Street NE by a Cerro Gordo deputy. As a result of the stop, Schaer was discovered to be in possession of methamphetmaine – a highly illegal substance – as well as drug paraphernalia. She was also found to have no insurance and a suspended license.

Schaer was taken to the county jail, booked and quickly released pending a court date. 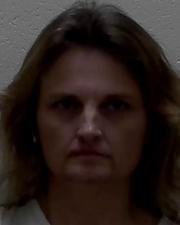