DES MOINES – A former Iowa state patrol trooper has been charged with felony theft and was brought to jail in Iowa Falls.

On Wednesday, October 19, 2016, former Iowa State Patrol Trooper Lance Below (BAY-low) turned himself in to the Hardin County Sheriff’s Office and made his initial appearance for charges of First Degree Theft, which were filed after an investigation into worker’s compensation payments.

The defendant was hired as an Iowa State Trooper in May of 2005 and was assigned to Iowa State Patrol Post #9 in Cedar Falls, Iowa. On July 6, 2012, the defendant injured his ankle while on duty covering an accident near Iowa Falls, Iowa. Defendant reported he stepped in a hole and rolled his ankle and that the ankle immediately swelled up. Defendant eventually required four surgeries on the ankle that were completed on November 8, 2012; May 23, 2013; September 24, 2013; and March 13, 2015. Defendant has never been able to return to full duty with the Iowa State Patrol since the date of the incident and last worked alternative duty for the Iowa state Patrol on May 8, 2014.

As a State of Iowa employee in the State Peace Officers Council (SPOC) bargaining unit, Defendant’s wages are paid via a workman’s compensation fund held by the Department of Administrative Services (DAS) that is managed by Sedgwick Claims Management Services. Approximately 66% of defendant’s wages originate from this fund. The other approximate 33% of defendant’s wages are supplemented by defendant’s accrued sick time benefits, allowing the defendant, or any State employee, to draw his/her normal salary from the State of Iowa after a work related injury. In addition, because defendant was injured while on duty, he is allowed to request his personal sick time hours to be replenished by the State of Iowa when he runs out.

As a result of Below’s failure to report secondary employment, his workers’ compensation benefits continued to be paid, without offsetting the earnings of his second job. The criminal charges allege that Below was overpaid a total of $26,604.31. 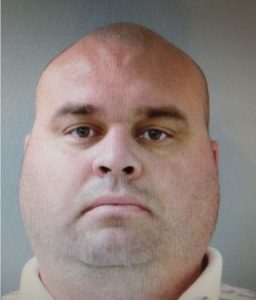 Leave a Reply to Sad but true Cancel reply