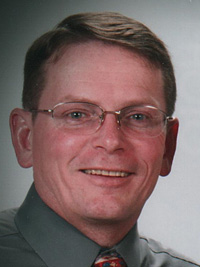 Submitted to NorthIowaToday.com by candidate Chris Watts of Mason City –

A phrase I learned through sports while attending Eagle Grove Community Schools.

And Honest Abe didn’t win the first time out of the gates either. But he believed!

Most are aware that I’ve challenged Phil Dougherty in the past. He has been in office 4 terms now – a total of 16 years.

Last time out, running as a party member brought me close to 42.5% of the vote. I’m hoping that my renewed effort in this election carries me into office to serve all of you, my neighbors in this wonderful county.

My biggest characteristic is giving back through volunteerism. Since moving to Mason City to operate Jake’s Pizza downtown in 1981, I have been very active.

Through the Jaycee chapter, downtown issues, helping with fish frys at the Knight’s of Columbus under the Tuff Rohrer era.

The traffic control on 19th street, later on the widening issue.

Beautification of 19th street after raising donations to plant 279 lilacs and expanding a couple of years back to 36 more plants in the 4th block.

Maintaining and mowing the city-owned / Traction railway areas around them.

This project included playground structure, surrounded by smaller playground equipment pieces. New lighting which has slashed vandalism. All new fencing around the ball diamond and dug-outs. The most recent accomplishment was a regulation 66×100 basketball court with 6 hoops for the kids.

This is who I am. Someone who visualizes something and works with others to see it materialize. Paying it forward.

As for the county position, I travel daily throughout Cerro Gordo and our neighboring counties. I see the condition of our roads and bridges. I see what other communities are doing that we could do also.

I see a better Cerro Gordo County waiting to happen.

Things can’t change when complacency is an issue. Some will say experience and longevity have advantages. But where’s the proof in the pudding? I, like you, have witnessed the lost industries, the struggling communities, the loss of good jobs.

Complacency is a steep obstacle for our county to overcome. Fresh blood and fresh ideas are needed at this time. A voice for all citizens, not just a few. Meetings with discussion–not rubber stamp sessions. Participation with ALL the communities in the county. Big or small.

I sell for Reinhart Foodservice based in LaCrosse. I have been employed by them as a Sales Rep the past 27 years. I call on schools, restaurants, healthcare facilities, etc. I treat them the same way. No one is too small. There is more to this county than Mason City and Clear Lake. And I believe it’s time that we include all communities and actively engage with the citizens to help grow.

This would include meetings outside the courthouse walls in these communities. Everyone has ideas and I would like to hear them and take back to the meetings for open discussion. No more closed door sessions. I would also entertain a public forum at the meetings where the taxpayers could be heard.

They say the tax levy hasn’t changed in the county. But did your taxes go up? Where do they get the extra money for the budget each year? Through tax increases brought by sending the assessor to raise your property assessment. A game of numbers that leaves out the truth.

We need to be working harder at cooperation between the local governments and economic development. Clear Lake should be proud of it’s recent accomplishment in landing McKesson. The county should have been privy to the proposed new hog facility in Mason City but were not involved. Why? We all have questions.

We should be aggressively promoting our location to the Interstate, highway, airport and tourism that exists currently.

I’m a huge fan of term limits and if elected, promise to pass the torch when my terms were done.

I’m a huge believer in a pay freeze to the Board of Supervisors. The Supervisor position, as it is now, is considered part-time, but with full time benefits, IPERS, mileage reimbursement and a salary that is above the state average.

I believe in members on County Boards that are not in someone’s back pocket. But for the good of the taxpayers.

I also believe in renewable energy and find it mind boggling the lack of wind energy in our county with every county around us capitalizing on it.

Oh, by the way, I have more, but don’t always know when to quit. Ask my wife of 27 years. Proud of 4 kids and one grandchild.

To see more, please check on my campaign website – wattsforsupervisor.info – which will soon explain my campaign platform in greater detail.