This news story was published on January 1, 2016.
Advertise on NIT • Subscribe to NIT

MASON CITY – A Mason City man was stopped and arrested for drunk driving to ring in the New Year.

Cerro Gordo county deputies, following up on a traffic complaint, stopped a vehicle at 12th Street and North Federal Avenue Friday morning at about 12:30 AM. After an investigation, deputies arrested 25-year-old Jonathan Lamar Green for operating while under the influence.

Green was jailed and then released later Friday as he awaits a court date.

Earlier last year, on October 21, 2015, Green was given 5 years of probation during sentencing in a guilty plea to attempted second-degree burglary. He was also given a 5-year suspended prison sentence and a suspended $750 fine. He had to submit a DNA sample and pay $786.00 in court fees and costs. All four assault charges were dismissed in the case, after he was accused of entering a house and assaulting four people. He was also sentenced that day after earlier pleading guilty to willful injury after an incident in April. He was given 5 year of probation, a suspended 5-year prison sentence and a suspended $750 fine. 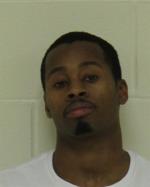