This news story was published on August 25, 2015.
Advertise on NIT • Subscribe to NIT 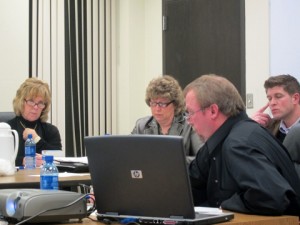 MASON CITY – An employee of the city of Mason City is being rewarded for his hard work and dedication.

The Certificate of Achievement for Excellence in Financial Reporting has been awarded to the City of Mason City by the Government Finance Officers Association of the United States and Canada (GFOA) for its comprehensive annual financial report (CAFR). The Certificate of Achievement if the highest form of recognition in the area of governmental accounting and financial reporting, and its attainment represents a significant accomplishment by a government and its management.

An Award of Financial Reporting Achievement has been awarded to the individual(s), department or agency designated by the government as primarily responsible for preparing the award-winning CAFR. This has been presented to Kevin Jacobson, Finance Director.