Osage man’s vehicular homicide trial pushed back to next year

OSAGE – An Osage man accused of vehicular homicide and other charges won’t go to trial until January of next year after a judge granted another continuance.

Tylor Patrick, age 23, will now face a January 21, 2015 trial and a pre-trial conference on January 6, where plea deals are sometimes struck. He could face up to 25 years in prison and other punishment.

Patrick is accused of causing the death of a Charles City man and injuries to five other persons, including himself, after an accident on September 20, 2013. Patrick was the driver in the one-vehicle accident, which occurred just east of Osage. He is accused of first offense drunk driving and felony B vehicular homicide.

According to a report, at about 11:37 PM on September 20, 2013, a 1999 Oldsmobile Alero was southbound on Hickory Avenue about 1 mile north of Highway 9 when the vehicle, driven by Patrick, lost control and left the roadway. The vehicle proceeded to roll several times, coming to rest upright in the northbound ditch.

Patrick was to stand trial a number of times, but several judges have granted a continuance. His public defender Letitia Turner, has also now withdrawn from the case, records show.

Patrick was later charged by Osage police with felony D possession of contraband in a jail and driving with a revoked license. He was soon released from jail after posting bond, but on July 24, he was accused by the Iowa Department of Corrections of violating terms of his pre-trial release and a warrant for his arrest was issued. He was picked up five days later by Osage police. On August 6, he posted $2,500 cash bond and was released from jail. He’s stand trial on those charges on January 21, as well. 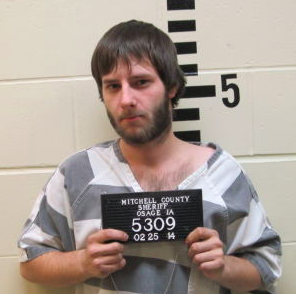 OSAGE — An Osage man’s vehicular homicide trial that was scheduled to start next month has been pushed back to January. 23-year-old Tylor Patrick was driving a vehicle on Hickory Avenue about a mile north of State Highway 9 in Mitchell County on September 20th of last year when he lost control, with the vehicle leaving the roadway and rolling several times. 22-year-old Jesse Wilson of Charles City was killed in the accident. Patrick was charged with vehicular homicide while operating while intoxicated, a Class B felony punishable by up to 25 years in prison, as well as first-offense OWI. Patrick’s trial was scheduled to start December 10th, but online court records show a continuance in the case was granted earlier this month after Patrick’s public defender withdrew from the case. Judge Christopher Foy has now scheduled the trial to start on January 21st.