Waterloo police nab felon after he tosses gun under car

WATERLOO – A fast-thinking felon tried to out-smart cops this weekend but came up short.

According to Waterloo police, on Friday September 26, officers with the Waterloo Police Department’s Violent Crime Apprehension Team were conducting an investigation in the New World Lounge parking lot, located at 504 Riehl Street. During this time, officers received information that a subject had discarded a handgun under a parked vehicle as officers were entering the lot. Officers proceeded to investigate, and located a loaded .25 caliber handgun under a vehicle. During the investigation, officers located a suspect in the bar shortly thereafter. Officers detained 23-year-old Dontavious Reginald Barbee of Waterloo. During the investigation, officers obtained surveillance video depicting Barbee placing the gun under the vehicle.

Barbee was transported to the Black Hawk County Jail where he was charged with felon in possession of a firearm, carrying weapons and public intoxication. 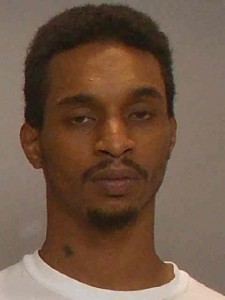