Davenport police reported Monday that a second person, a passenger in a Hyundai Elantra that was broadsided, has passed away.

On Sunday, September 28, 2014 at approximately 2:04 AM, the Davenport Police and Fire Departments and medics responded to a fatality crash at the intersection of 12th and Brady Street.

The crash involved a north bound Hyundai XG travelling at an excessive rate of speed. The Hyundai broadsided a Hyundai Elantra which was east bound on 12th Street. Based on physical evidence from the scene and multiple witness statements, the excessive speed of the Hyundai XG, as well as alcohol consumption by the driver is believed to be the main contributing factor to the crash.

The driver of the Hyundai XG is identified as Kai Miller, 24 years old of Davenport Iowa. He was treated and released from Genesis East Medical Center and was arrested for the following offenses:

The investigation is ongoing and is being conducted by the Davenport Police Crash Investigation Unit. 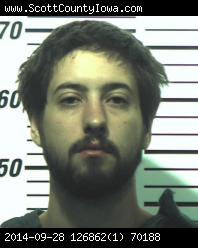