This news story was published on September 11, 2014.
Advertise on NIT • Subscribe to NIT

Officers were called to the 900 block of North Grand Avenue on September 5 at about 8:33 PM. At the scene, police discovered 42-year-old David Chapman of Charles City. He was arrested for public intoxication and taken to jail. He was released the next day.

Chapman pled guilty on September 8 and was assessed $195.00 in fines and court costs. 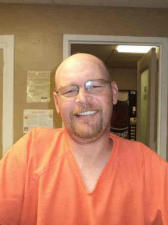