SPENCER, IOWA – A small town North Iowa woman was arrested this month for trying to light her boyfriend on fire.

According to the Clay County Sheriff’s Office in Spencer, on August 12, 38-yer-old Montana Marie Wells of Fostoria, Iowa (located a few miles north of Spencer) allegedly threw gasoline on her boyfriend, as well as his residence, and then attempted to ignite both with a lit cigarette.

Wells was arrested August 13 and charged with third degree arson and assault with intent to inflict serious injury, both aggravated misdemeanors. She posted surety bond the same day and was released from jail pending a September 16 hearing. 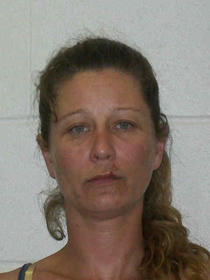