MASON CITY – A Mason City man has pleaded not guilty to felony willful injury after a fight that cost a man a chunk of his nose.

Mason City police allege that Bradley Heinold, age 25 of Mason City, shot Kevin Jones and another subject, Aleah Duda, both of Mason City, with an air soft gun on May 26th at 1022 North Hampshire Avenue. The altercation continued and Jones received a stab wound to his side and a laceration to his nose.  Jones was hospitalized.  Duda was said to have been shot in the eye with the air soft gun.

Heinold has remained jailed since the incident and has pled not guilty.  He awaits an August 5, 2014 jury trial date. 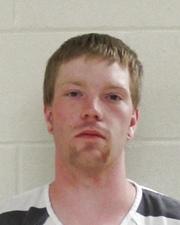 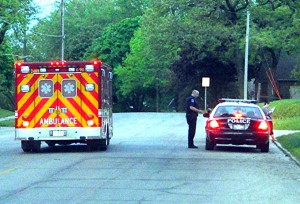 Cops and ambulance at the scene 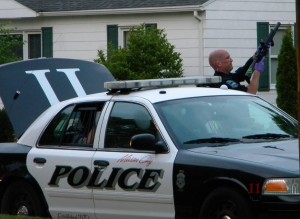 Checking out another weapon 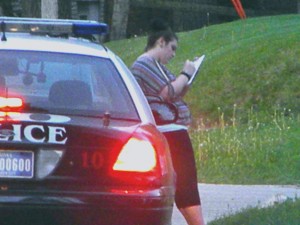 Duda, who claimed she was shot, filling out report 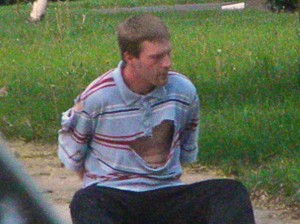 Heinold in handcuffs at N. Hampshire 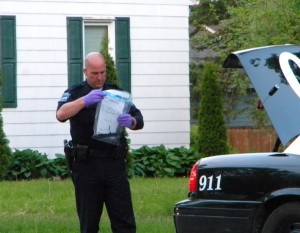 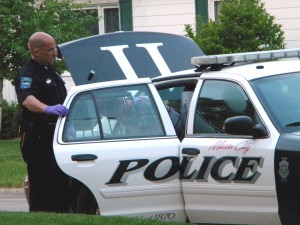 Heinold being put in Police Car 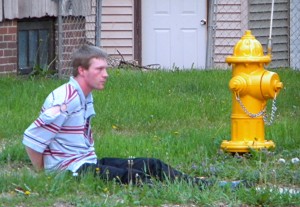