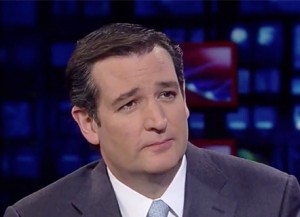 WASHINGTON, DC – U.S. Sen. Ted Cruz, R-Texas, with original co-sponsors Sen. Kelly Ayotte, R-New Hampshire, and Sen. Pat Roberts, R-Kansas, has filed legislation to temporarily halt further transfers or releases for detainees at Guantanamo Bay. Following the controversial prisoner swap the Obama Administration made earlier this month, resulting in the release of the Taliban 5 terrorists, further releases should be off the table until President Obama can explain how this swap was in the United States’ national security interests.

“Americans need to know how the Obama Administration thinks it has made our nation safer by negotiating with terrorists to release these five dangerous terrorist leaders,” Sen. Cruz said. “Until President Obama can make his case and convince the American public that this swap was in our national interest, prudence dictates that all further transfers and releases from Guantanamo Bay should be off the table.”

“With 29 percent of former Guantanamo detainees returning or being suspected of returning, to terrorism, the administration should not release or transfer Guantanamo detainees who could potentially return to the battlefield.  The security of the American people, not a political promise to close Guantanamo Bay, should guide decisions regarding detainees,” said Sen. Ayotte.  “Our common sense legislation would suspend the transfer of Guantanamo detainees to other countries until Congress can get more answers regarding the recent transfer of the Taliban Five.  We need to better understand the risks associated with this transfer—including the likelihood they will return to terrorism and whether this transfer will encourage the Taliban and terrorist groups around the world to capture U.S. personnel in order to obtain concessions from our country.”

“The dangerous terrorists housed at Guantanamo Bay pose the same serious threat they always have,” Sen. Roberts said. “For this President to release five of the worst al Qaeda affiliates at the same time that terrorists are taking charge in Iraq is a dangerous game I am not willing to play. I don’t know why the President does not feel the same desire to protect our national security.”

Specifically, the bill will prohibit any funds from being spent on transferring or releasing Guantanamo detainees until either 90 days after submitting a report to Congress that justifies the release of the Taliban 5, or 180 days after this bill is signed into law.

The report submitted to Congress must include an assessment of whether the five terrorists released earlier this month would:

To enforce the temporary transfer or release prohibition, this legislation imposes a penalty of $10,000 on any federal employee—excluding military personnel and members of the intelligence community—that carries out orders to release or transfer a Guantanamo detainee.  If the government will not ensure that the penalty is enforced, a citizen may bring a qui tam action to do so.

Finally, this legislation prohibits the transfer or release of any future Guantanamo detainees without written authorization of the President.

Last week, Sen. Cruz explained on the Senate floor that the negotiations to release the ‘Taliban 5’ raise serious questions that Americans deserve answers to before any transfers are made. Specifically: