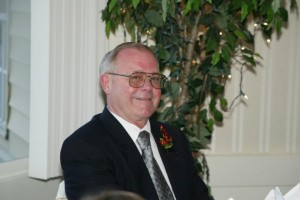 CEDAR RAPIDS – A career criminal has finally been sent to prison for the rest of his life.

Randy Lee Patrie is now in the Fayette County Jail after being sentenced on Thursday to life in prison by U.S. District Chief Judge Linda Reade.

Patrie had been a suspect in the murder of 70-year-old Carl Kenneth Gallmeyer, who was found dead with a gunshot wound to his head inside his residence located at 1091 240 Street in Nashua, Iowa, in 2012. The Iowa Medical Examiner had ruled the death a homicide. Investigators later found items belonging to Gallmeyer at Patrie’s home. They also found a sawed-off shotgun that was allegedly used to kill Gallmeyer.

Patrie pleaded guilty last September to possession of firearms by a felon as an armed career criminal, and admitted that he burglarized a federally licensed firearms dealer in rural Floyd, Iowa, stealing approximately 20 firearms. On July 4, 2013, officers searched Patrie’s house in Charles City, and found him in possession of all of the stolen firearms, along with a number of other firearms, including two sawed-off shotguns.

In court, Judge Reade said “Mr. Gallmeyer was the most innocent of victims. He posed no threat to Patrie at any time. Mr. Gallmeyer was an obstacle to Randy Patrie. There was no reason for this murder. He could have burglarized the home while he was out like he did the others.”

Patrie was in the news in 2005 after admitting that he was among the last persons to see a missing child alive. Evelyn Miller, just 5 year old, of Floyd was later found in the Cedar River, murdered. He was never charged in that case.