Senate calls for investigation into release of 5 high-ranked Taliban 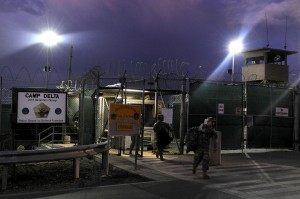 The resolution states that President Obama violated the National Defense Authorization Act of 2014 when he transferred the detainees. The resolution also calls on Congress to investigate why the Obama administration ignored the law which restricts the President’s authority to transfer detainees from Guantanamo Bay, as well as to examine the impact the released detainees will have on U.S. national security.

“It’s clear that the President wants to close down Guantanamo Bay, but I didn’t think he’d violate the law in order to get the process started,” Grassley said. “It’s highly possible that these individuals will return to the battlefield. It’s a matter of great interest to members of our military and the American people, who have sacrificed their blood and treasure in Afghanistan for many years to protect the Afghan people from the Taliban.”

Grassley has also asked the Obama administration to release the legal analysis done by the Justice Department for disregarding the legislation the President signed into law that required a 30 day congressional notification before release or transfer of any detainee at Guantanamo Bay.

The cosponsors of the resolution with Grassley and Portman are Senators Kelly Ayotte of New Hampshire, Saxby Chambliss of Georgia, Thad Cochran of Mississippi, John Cornyn of Texas, Orrin Hatch of Utah, Jim Inhofe of Oklahoma, Mark Kirk of Illinois, Pat Roberts of Kansas, Jeff Sessions of Alabama and John Thune of South Dakota.