MASON CITY – A Mason City woman pled guilty to second offense operating while intoxicated and a judge threw out a charge of criminal mischief.

Mason City police officers were called to the 1400 block of North Virginia Avenue on Friday evening, March 7 at about 11:52 PM. A resident there reported that a known person had just broken a window there and driven off. Officers located and stopped the vehicle near 1st Street SE and Tennessee Avenue.

On May 9, Newton pled guilty to second offense operating while intoxicated. She was sentenced to seven days in jail, fined $1,850 plus 35% surcharge, $10 DARE, and $316.00 in costs. Judge Annette Boehlje dismissed the criminal mischief charge as part of the plea deal.

Newton still owes $1,181.89 in fines and fees from her first OWI conviction. 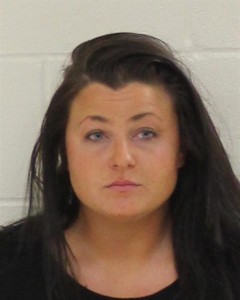