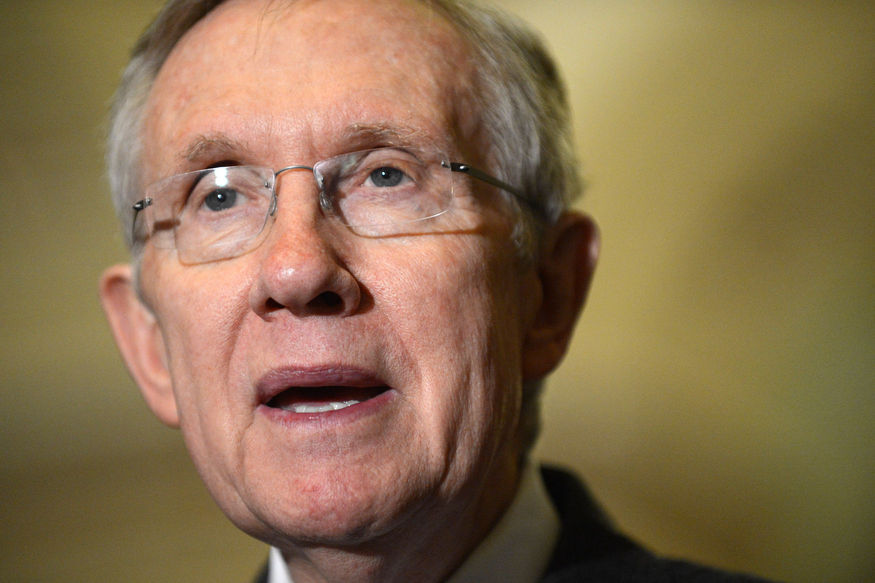 Washington, D.C. – Nevada Senator Harry Reid spoke on the Senate floor today regarding the economic impact of a shrinking middle class and the importance of renewing emergency unemployment benefits. Below are his remarks as prepared for delivery:

Last week President Obama addressed Congress and the nation, and described the challenges facing families in America: wages are too low, the cost of education is too high and there are simply too few jobs. Each of these challenges places another stumbling block in front of Americans striving to enter the middle class. And unless we open the doors of opportunity to every child in this nation, our grandchildren will work longer and harder than we did just to get by, let alone to get ahead.

So I read with interest a story in yesterday’s New York Times business section that argued the richest families and the most successful corporations should be just as worried about these trends, and the shrinking middle class, as I am. The article described the wide-spread failure of businesses that cater to the middle class. While high-end retailers like Barneys and Nordstrom flourish, mid-price retailers like J.C. Penney and Loehmann’s stumble. While posh restaurant chains like Capital Grille prosper, more modest eateries like Red Lobster sink.

The Times wrote yesterday: “As politicians and pundits in Washington continue to spar over whether economic inequality is in fact deepening, in corporate America there really is no debate at all. The post-recession reality is that the customer base for businesses that appeal to the middle class is shrinking as the top tier pulls even further away.”

Industry analysts say businesses that sell luxury goods to the top 1 percent are booming. And, sadly, businesses like Family Dollar, which cater to the growing ranks of working poor who are barely scraping by, are also thriving. But businesses in the middle are disappearing along with their middle-class clientele.

Families aren’t going out for spaghetti and meatballs anymore. They aren’t buying their kids new jeans or backpacks. Purchases that once seemed like modest treats have become unaffordable luxuries.

And while the economy is growing in spite of this trend, economists worry the growth is unsustainable. One economist told the Times: “It’s going to be hard to maintain strong economic growth with such a large proportion of the population falling behind. We might be able to muddle along – but can we really recover?”

In other words, our fortunes are bound together. A shrinking middle class isn’t just a problem for families in the middle. It is a problem for businesses large and small. It’s a problem that should worry the 1 percent as much as it worries the 99 percent.

Can we really recover when so many of us are falling behind? It’s a fair question – and a troubling one. Our entire economy is at risk unless we act now to protect and grow the middle class, whose purchase power is the backbone of our economy.

The President also called on Congress to increase the federal minimum wage to $10.10 an hour – a huge step toward guaranteeing that no American working full time lives in poverty. This proposal – endorsed by seven Nobel Prize-winning economists – would raise millions of families out of poverty and give tens of millions of children a shot at graduating from college, securing a high-paying job and joining the middle class.

But there’s something else Congress could do this week to prevent hundreds of thousands of American from descending into poverty. We must extend unemployment benefits for 1.6 million people who have been out of work for months. These emergency benefits will ensure more than 2.3 million children have nutritious meals and a safe place to sleep while their parents hunt for jobs. And renewing emergency unemployment insurance will prevent Americans who have worked hard to get ahead from losing their grip on the ladder of success.

Restoring unemployment benefits is by no means enough to secure our shrinking middle class. But it is a good first step.