This news story was published on September 28, 2013.
Advertise on NIT • Subscribe to NIT 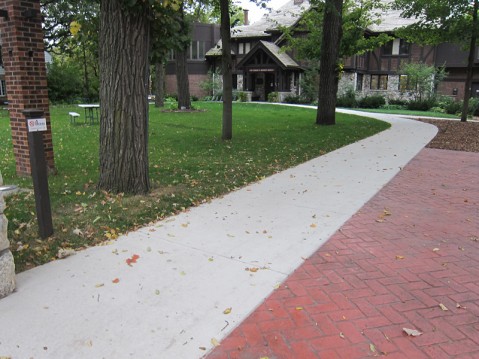 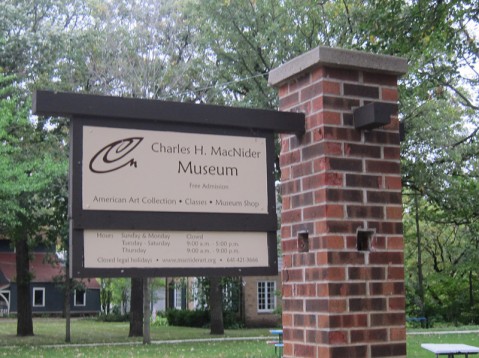 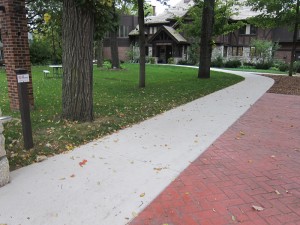 MASON CITY – A sidewalk and driveway replacement project at MacNider Art Museum in Mason City had a cost over-run of thousands of dollars, which city taxpayers covered.

According to a City Hall memo, the winning bidder for the project was Larry Elwood construction at a bid of $32,231.80.  After the project started, “complications” arose, the memo states.

“An even older sidewalk” was discovered under the existing sidewalk that was being removed.  The removal of the older sidewalk cost an extra $2,650.00.

“Similarly, complications occurred when the brick driveway was removed,” the memo continues, “and a second slab was found underneath.”  Another $1,705.00 was added the bill for that.

“In order to keep the project moving and due to the small increases,” City Hall officials authorized the change orders, bringing the final cost to $37,231.80.  Elwood Construction has a 5% retainage discount it gave the City, worth $1,861.59, which lowered the cost to $35,370.21.

The City of Mason City has a long-standing agreement with the MacNider Museum to provide upkeep of the grounds and structure.  The museum has hundreds of thousands of dollars set aside for its continued operation.  The museum asked for a sign replacement in this year’s City budget at a cost of $15,000 but was denied.  The item will likely show up on the upcoming budget brought to the City Council. 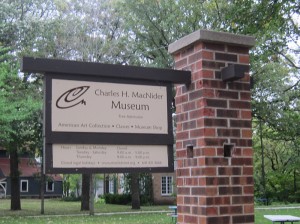 Sign at MacNider Museum that could be replaced at a cost of thousands of dollars to Mason City taxpayers.