Grassley: Obama strategy on Republican Senators “to create the appearance of obstruction” 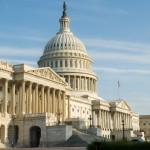 The plan calls for all three judges to be nominated to the U.S. Court of Appeals for the District of Columbia at the same time, which could put the GOP in the difficult position of trying to find specific reasons to filibuster all the nominees, The New York Times reported Monday.

The 11-member court has overturned major portions of the president’s agenda, but last week Obama’s nomination of Sri Srinivasan to the panel was approved. The court now has an even number – four – of Democratic and Republican appointees.

Congressional Republicans are pushing a proposal to shift the three empty judicial positions to other appellate courts around the country. If that fails, Republicans could filibuster the nominees to prevent their approval to the court.

Republicans have already twice filibustered one of the president’s nominees to the court. They deny Democratic charges of obstructionism, saying Obama’s nominees are being approved faster than Democrats approved those of President George W. Bush.

“This is part of the majority’s attempt to create the appearance of obstruction where none exists,” Sen. Charles E. Grassley, R-Iowa, said last week.

Democrats counter that Senate Republicans routinely require a super-majority of 60 votes to approve even the most non-controversial legislation or nominations.

“A single blocked nomination may not generate much publicity, but by blocking so many nominees at once, the Republicans are overplaying their hand,” said Sen. Charles E. Schumer, D-N.Y.

2 Responses to Grassley: Obama strategy on Republican Senators “to create the appearance of obstruction”